Will the End of Forbearance Drive Foreclosures? 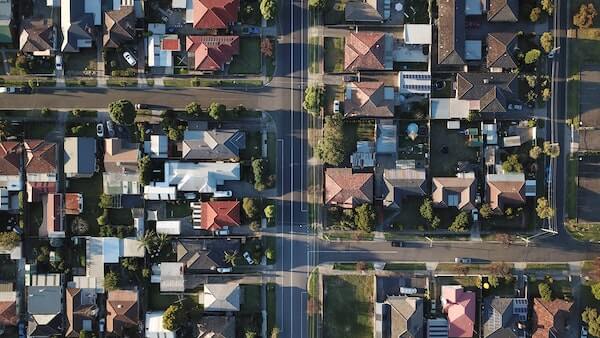 The pandemic has thrown some major curveballs at the housing market. In the past few months alone, residential real estate has been hit with some very unexpected regulations - many of which will be impacting the industry into the future.

In efforts to combat the negative financial implications ushered in by COVID-19, the United States government has initiated a few safeguards to prevent people from losing their homes during a global crisis. While these plans have helped both renters and homeowners keep a roof over their heads while facing potential job loss and financial reconstruction, they have many others in limbo, like the banks, investors, and other institutions who hold the paper to those affected mortgages. Eventually, these mortgages will have to be dealt with, hopefully with the homeowners getting back to work and re-establishing payments.

The long term effects of today’s forbearance policies are causing many people to wonder if we’re going to face another foreclosure crisis just like we saw in 2008-2009. And, even if the situation doesn’t reach those dire extremes, what effects will the housing market see from today’s policies?

As the forecast for the housing market continues to adapt, we can’t forget to factor in the role that forbearance is playing on mortgages, foreclosures, and the market at large.

In March when the U.S. first started to really feel the pressures of COVID, Congress set the CARES Act into motion. This outline of federal guidelines provided the necessary stimulus required to keep things afloat during the pandemic’s period of mass income disruption.

This action plan gave Americans a break on their housing payments, both renters and homeowners alike. For homeowners, the CARES Act inhibited mortgage lenders from carrying out foreclosure proceedings on any federally-backed loans until (at the very earliest) August 31st. Federally backed loans by Fannie Mae and Freddie Mac, represent approximately 70% of all mortgage loans in the US.

Keep in mind that the CARES Act can only influence homeowners with government-backed loans. That leaves an estimated 14.5 million homeowners who have their mortgages with private lenders, only 11% of which are offering forbearance policies on loans.

Nearly five months later, today’s data shows that 4.1 million homeowners are still in forbearance programs. Now, as the markets reopen and many households are finally getting back on their feet, the number of active mortgage forbearances is reducing - albeit, very slowly

All things considered, these COVID-initiated forbearance policies have placed millions of homeowners in a tricky situation to navigate. Going into forbearance may have been easy, but getting out is another story. The reason being that forbearance does not reduce or eliminate payments, it only moves them out to a later date. Some lenders may let a borrower tack them to the end of the loan, others may not.

Foreclosures have already picked up speed again in certain areas around the country - meaning that COVID-19’s long-standing initial forbearance period appears to be coming to an end.

What’s going to happen when all of these homeowners are suddenly forced to pay months of mortgage bills? Thanks to bank flexibility and government support, many will be able to refinance, create payment plans, and get back up to speed with their loans.

But, for others, it will result in the inevitable: foreclosure. And, like a dam that’s suddenly removed, the market could be flooded with foreclosure homes for sale. Or will it?

Outlook on Forbearance and the Impacts on Foreclosure Rates

Since March, foreclosures have basically come to a screeching halt. Properties that were already locked into the foreclosure process stopped all motion as courts closed and the CARES Act was announced. Call it a grace period, but many of these homeowners have been able to hold off on foreclosure until the forbearance stops.

It’s important to remember that foreclosures are always happening. Whether pandemic-caused or not, there are bound to be households that simply cannot afford their mortgage payments and end up facing foreclosure with no tangible solution.

According to the Mortgage Bankers Association, 250,000 new families enter into foreclosure every three months. Over a year, that average produces 1 million new homeowners entering into foreclosure. Obviously, a large push of foreclosures isn’t unheard of - it’s actually the norm.

So, when we’re considering the numbers, we must account for the fact that within the pool of homeowners who are temporarily disrupted, there is a solid amount of those who simply won’t be able to avert foreclosure.

Speculating the outlook of dynamic situations like this requires immense attention to detail. While the market probably won’t see financially-healthy homes foreclosing, there also won’t be a picture-perfect 0% foreclosure rate after the forbearance period ends. The reality is somewhere in the middle of the two extremes.

If you’re interested in buying foreclosures, it’s a good time to start shopping in the market. When this forbearance period finally does end and foreclosures pick back up again, there will be a wave of newly-available foreclosed properties - including those that would have finalized back in March. After months of no new foreclosure homes for sale on the market, we’ll suddenly be seeing more and more pop up as those overdue foreclosures slowly seep into the market.

Moving Ahead: Foreclosure Home Sales and the Housing Market

If you’re worried about a market crash similar to what happened in 2008-09, it’s important to remember the small, yet powerful, differences between today’s situation and the past.

When the housing market crashed over a decade ago, the issue was rooted in bank financing. However, today’s problems are caused by widespread income disruption - and in this case, the banks are helping hold things together.

Indeed, today’s conditions of skyrocketing unemployment and an extreme increase in the domestic wealth gap resemble pre-recession symptoms, but a keener eye sees that a devastating national crash may not actually come to pass.

One major factor that will mitigate a repeat of 2008 is home equity. In fact, according to data collected by Black Knight Data & Analytics, 80% of homeowners in forbearance are considered equity-rich. So, even if these homeowners are losing their jobs and unable to make payments, they still have equity in their property. This means they may be able to sell their home and avoid being forced into foreclosing, and most may end up with some cash.

This is actually quite likely because of the limited for-sale inventory that has been the reality over the past 6 months. For-sale inventory has just started to rise over the last 6 weeks and some major metros are coming close to reaching 2019 levels. So, the trend is changing, folks are starting to list their homes and move to another spot that may offer more space, both inside and outside.

Forbearance: The Pause and the Plan

Logically, anyone can see that since there was a complete pause on foreclosures, when that prevention ceases, those homes already heading into foreclosure will be reabsorbed into the market. That’s not even accounting for the homes that faced utter financial reconstruction from the pandemic and have now entered into the bracket of imminent foreclosure. That being said, the avalanche of foreclosures may never come to bear because of the bank's strength and the equity-rich position of most homeowners across the country.

The question is how efficiently or effectively will the banks work with the homeowners and provide further assistance. Or will the homeowner create a divestiture plan, working urgently enough to sell before the banks provide that dreaded notice of default? These are very difficult times. God bless us all, as no one should lose their homes under these circumstances.